Evolution of our solar light

At ShelterBox, we put people and their needs at the heart of what we do. That’s why we always listen to communities, learn, and adapt our aid items to make them as useful as possible. A great example of this is how the design of our solar lights has evolved.

The solar lights we include in our aid packages are lightweight, they float, and have a handle that opens and closes. This makes them easy to carry, hang up, and place on a flat surface. But the original design was cushion shaped. Although it came with a handle, it was fixed, preventing you from opening or closing it.

So following conversations with communities, it became clear that although solar lights were a desired and valuable item, they were not as useful as they could be. For instance, they took a while to charge, which didn’t always last as long as needed.

In addition, the handle wasn’t ideal as people couldn’t hang the solar lights up unless a hook was readily available – something that isn’t a given in the aftermath of a disaster. 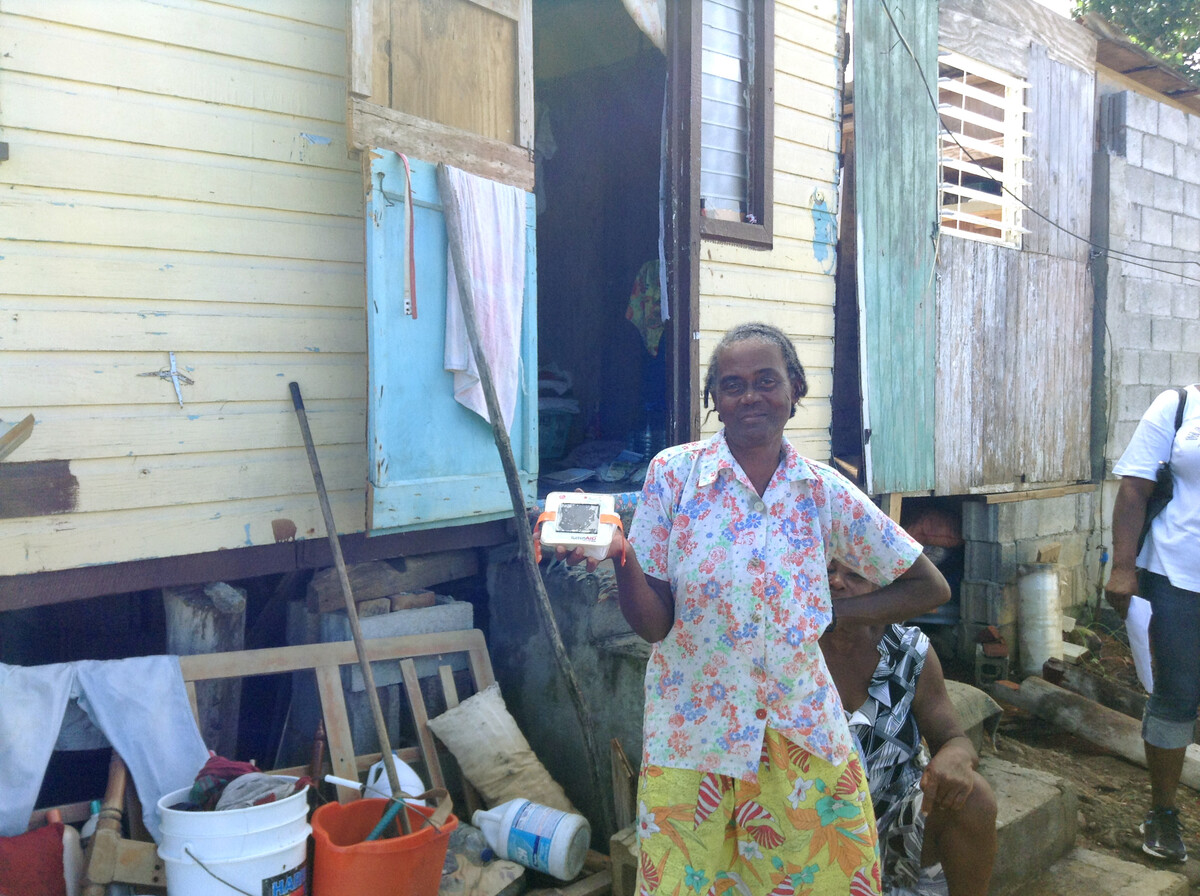 “The light is bright and lovely. I charge it in the sunshine during the day and it makes a huge difference at night-time. It allows me to cook, to safely collect water and stay up after dark. – Catherine, Dominica

Using this feedback and working alongside our suppliers, we developed the solar light into something that would truly meet the needs of the people we serve.

The next version was square and allowed people to hang it like a lantern. It came with a larger charging panel, which meant it could charge faster and hold its charge for longer. It was also bigger, so the light was brighter.

This was a great step forward, and we were eager to know what communities thought of it. Reports were positive, but we came to hear that the solar lights still weren’t lasting as long as people hoped. Further research showed that many people didn’t intuitively turn them down as the lights came on at their brightest setting.

It is, however, intuitive to try to turn the light up if it isn’t bright enough for your needs. With that information, a new generation of the solar light was born. The latest solar light now turns on at its weakest beam and brightens as you continue to press the button, allowing people to use it intuitively and making it as efficient as possible.

The impact of a solar light is more than simply illuminating a dark room. It allows people to go about their everyday lives – to cook, work, study, make a trip to the bathroom facilities (which can be quite a distance away in a displacement camp) – and so much more.

Find out more about the solar light and other aid items we provide to communities after disaster.