Hurricanes, typhoons and cyclones are all tropical storms. When they hit, they can be destructive and even deadly, depending on how powerful they are.

The 2020 Atlantic hurricane season was the most active on record, with a total of 30 named storms.

Read our blog to find out how we prepare for a busy hurricane season.

Find out more about what hurricanes are, the difference between hurricanes, typhoons and cyclones, and other interesting facts.

What causes hurricanes and typhoons?

When and where do hurricanes occur?

How are hurricanes named?

What’s the impact of a hurricane?

Hurricanes and typhoons are cyclonic weather systems that form in the tropics and have sustained wind speeds of more than 74 miles per hour.

Some of the most destructive hurricanes occurred in the last 20 years, including Hurricanes Irma and Maria in 2017, and Hurricane Katrina in 2005. The combined damage of these three hurricanes is estimated to a whopping 317.9 billion US dollars. (National Geographic)

Hurricanes, typhoons and cyclones are all tropical storms.

The only difference is where they form. Hurricanes form in the tropical Atlantic and the Eastern Pacific Ocean. Typhoons form in the West Pacific Ocean and cyclones form south of the equator, off the coast of places such as Australia and Madagascar.

The Saffir-Simpson scale is the standard scale for rating the severity of a hurricane as measured by the damage it causes.

Hurricanes reaching Category 3 and higher are considered major hurricanes because of their potential for significant loss of life and damage. Category 1 and 2 storms are still dangerous, however, and require preventative measures. (NHC) 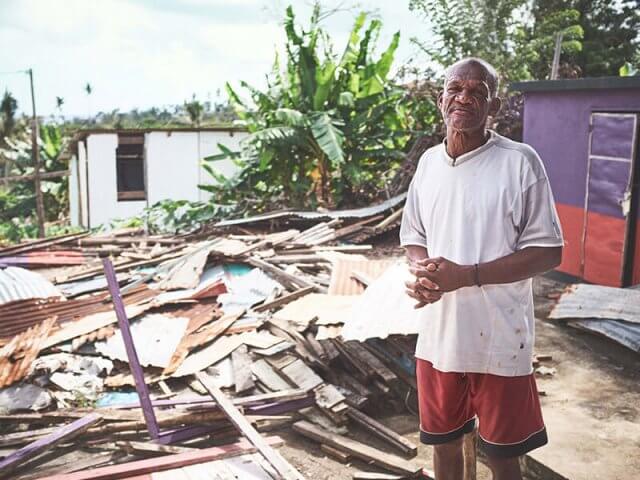 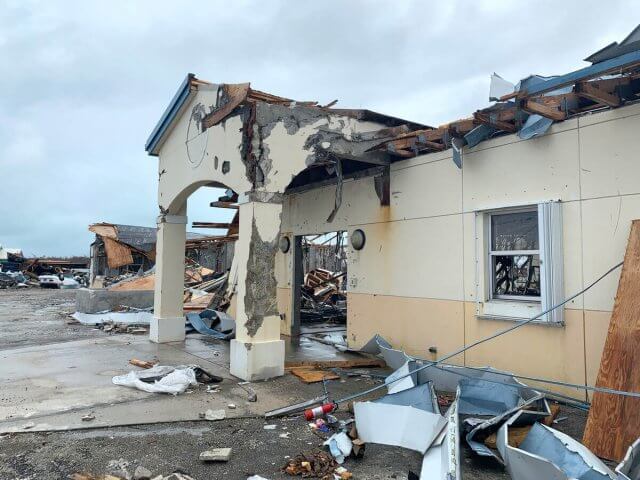 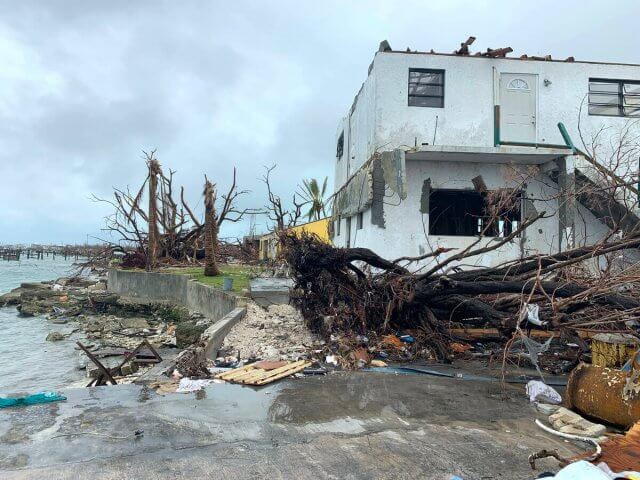 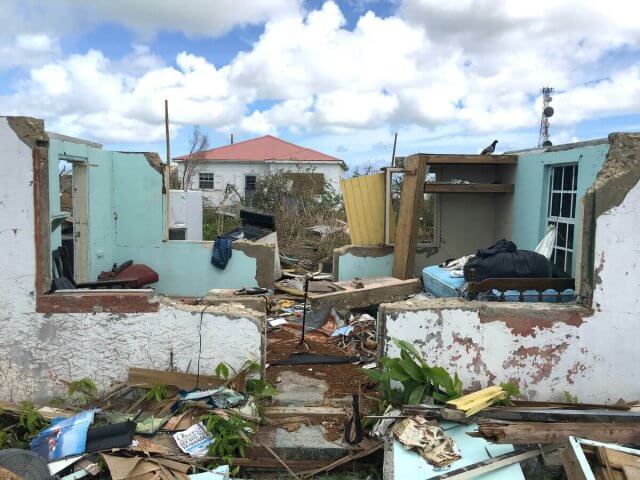 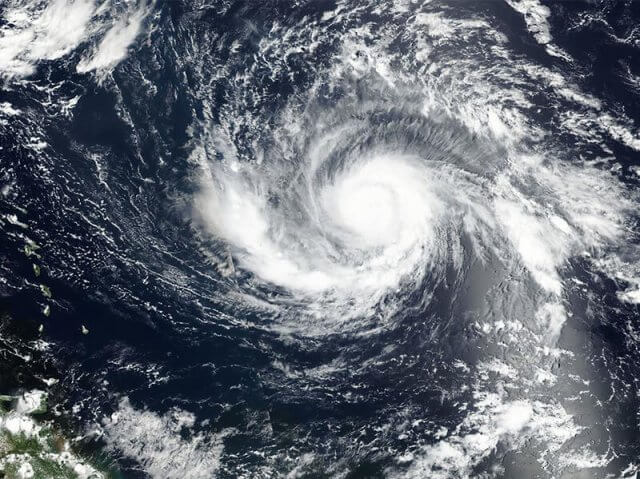 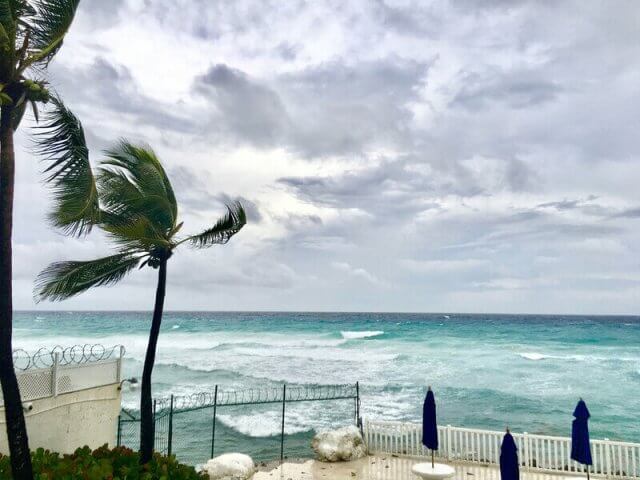 What causes hurricanes and typhoons?

Hurricanes and typhoons are delicate and need specific conditions to form and persist. The sea temperature needs to be at least 27°C, which is why they only form in the tropics.

The air above the sea heats up via convection and this warm, moist air rises. As the atmosphere heats up, the pressure changes and lowers at the surface.

Wind from the surrounding areas then rushes in to fill the space left by this area of low pressure, while the earth’s rotation causes the wind to spiral and become cyclical.

The eye of the storm tends to form once the wind speed reaches 74 miles per hour – the point at which a tropical storm is reclassified as a hurricane or a typhoon.

These storms are fuelled by high humidity, so a change of wind or dry air can make them weaken and eventually dissipate.

When and where do hurricanes occur?

Having three or more simultaneous hurricanes usually only happens once in a decade.

How are hurricanes named?

Since the early 1950s, hurricanes have been named after women.

In 1980, men’s names were introduced, and now the storms are named alphabetically, alternating between male and female names.

The names are repeated every six years, but if a storm is particularly severe, then the name is retired from use.

The word hurricane may have originated from either Hurakan, the ancient Mayan god of wind, storm and fire, or Huracan, the god of evil, in the Caribbean language of Taino.

Why disasters are not natural

Hurricanes, cyclones, and other extreme weather events are not ‘natural disasters’.

The term ‘natural disaster’, despite being widely used, is problematic.

Using the word ‘natural’ ignores the role that humans have in the disaster, assuming that the event would happen anyway and there is little that we can do to prevent it.

It’s actually the decisions we make that create a disaster.

Factors like living conditions and poverty, government capacity to prepare and respond, as well as the process of rebuilding and how efficient that would be, are all factors that will define whether a disaster occurs as a result of the natural hazard.

Hazards are inevitable – but the impact they have on society is not.

Read more about the importance of avoiding the term ‘natural disaster’.

Why disasters are not natural

81-year-old Simon has lived in Wesley, northeast Dominica for over 60 years. When Hurricane Irma hit Wesley on September 2017, Simon’s peaceful life was uprooted.

Simon used the tools he received to rebuild the roof of his house so he could feel safe and sheltered once again. He also received a shelter kit to help him fix his broken bed.

What impact do hurricanes and typhoons have?

In the simplest terms, hurricanes and typhoons can be deadly, causing severe damage to buildings and infrastructure.

When a hurricane hits, people need to decide whether to stay in their homes or evacuate to safer ground. In some cases, there is nowhere safe to go, and many people worry about leaving their homes for fear of looting.

When Hurricane Irma hit the Caribbean in September 2017, it was so powerful that very few buildings could withstand it – you’d need a reinforced concrete building to survive unscathed.

Floodwater is also a major danger. Aside from the damage it could cause to buildings and infrastructure, the main cause of death in a hurricane or typhoon is drowning due to storm surges and flooding.

How can ShelterBox help?

Dealing with the aftermath of a hurricane or typhoon can be very challenging. Whole communities can be destroyed, from people’s homes to vital infrastructures such as roads, communication lines, power and medical supplies.

Despite the challenges, we often respond to places that are hit by tropical storms. After Hurricane Irma and Maria wreaked havoc in 2017, we provided aid to over 2,000 families across five islands in the Caribbean. See how we supported families.

In pictures: Hurricanes Irma and Maria

On 27 August 2017, a tropical wave left the west coast of Africa. Within 4 days it had become Hurricane Irma – the most powerful hurricane ever recorded in the Atlantic Ocean.

But the devastation didn’t stop there. Almost two weeks later, Hurricane Maria hit the same islands that took the brunt of Irma’s wrath.

2 years later, we’re looking back to one of the worst hurricane seasons in the Caribbean, in pictures. Take a look and see how we’ve helped families like Amy’s in Barbuda.

We provided Amy with a tent for her and her family to stay in until they can start rebuilding their home.

Many thanks to Dr Adam Lea, a Senior Research Scientist at University College London in the department of space and climate physics.

Everything you need to know about disasters – from extreme weather events to complex conflicts.

Everything you need to know about Hurricane Dorian, facts about hurricanes and how you can help.

In 2017, Category 5 Hurricane Irma caused devastation in the Caribbean, then Hurricane Maria brought a new wave of destruction.

The Saffir-Simpson wind scale is used to classify Atlantic hurricanes into 5 categories. Learn what that means.